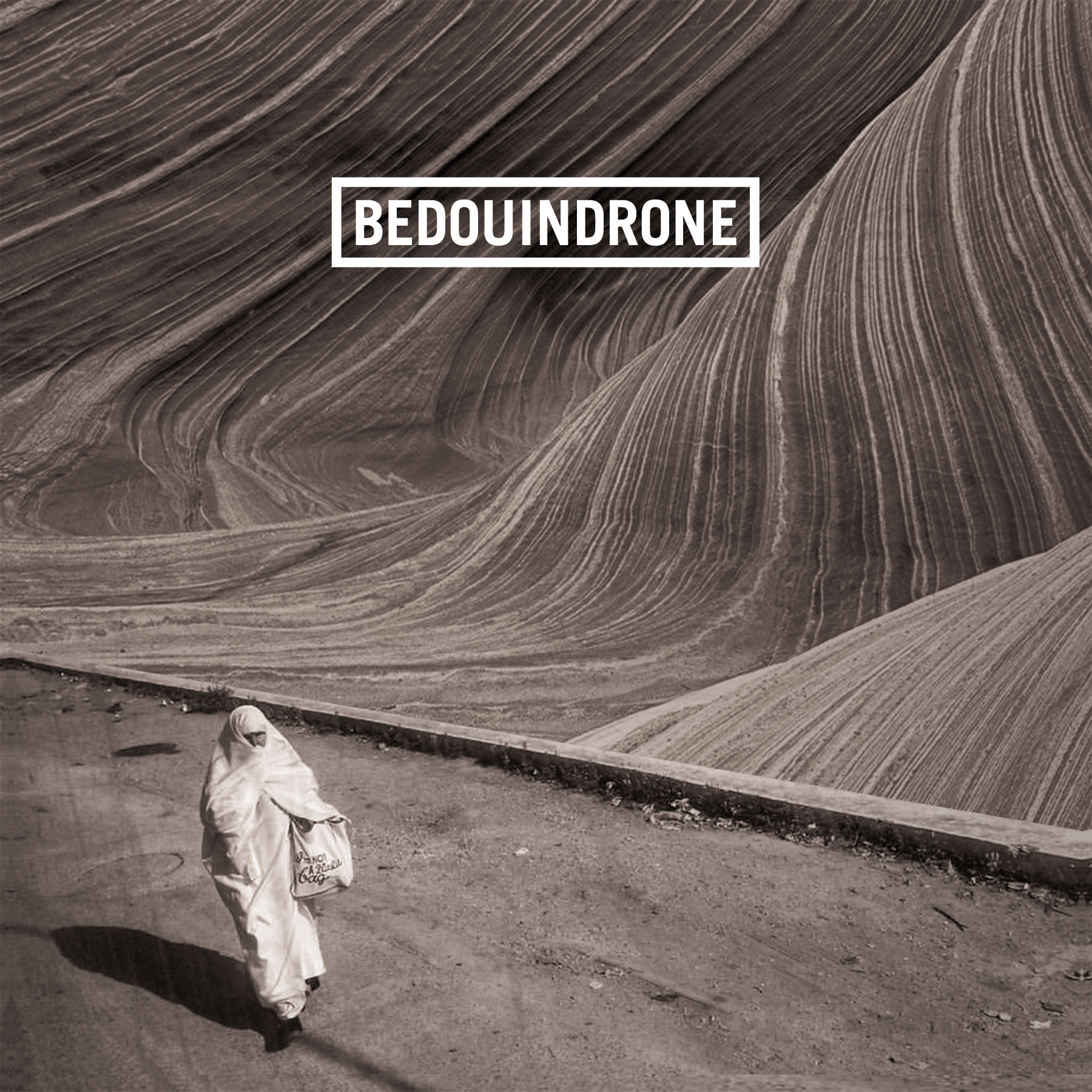 "Dedicated to all refugees in this world."

Versions of "Susah", "Adhan" and "Birak" are different between the tape release and the digital release of the album. Last two tracks (remixes) are digital-only bonuses.

"Thanks to Esther De Laet, Abu Ama, Ivo Petrov, Angel Draganov, the Mahorka crew and my family for the support."

Reviewer: Ibrahim Khider - favoritefavoritefavoritefavorite - January 19, 2019
Subject: Tribute to the late, great Muslimgauze
Opening with an ominous, low-end rumble that builds with subtle overtones that suggest impending doom, we have BedouinDrone’s title track, “The Border” that sets both the mood and theme for this mostly ambient-drone release. The Border is also comprised of field recordings of traditional hand percussion and wind instruments while shouts of Allah-hu-Akbar (God is great, in Arabic) are discerned through the atmospheres. While nowhere explicitly listed, the ghost of the late Bryn Jones aka Muslimgauze haunts The Border and perhaps this could be a tribute to the late great artist. Those familiar with Muslimgauze music can discern similarities such as the use of field recordings of Muslim cultural practices or Islamic worship like Arabic recitations of the Quran or the Islamic call to prayer, which are distinct from one another yet both are in “Adhan” (which ‘means call to prayer’). Tracks like the powerful “Mishmishan” suggest The Blue Mosque album for its industrial grade, mechanical yet rhythmic loops and the psychedelic “Tulk Arm” recalls segments of the Sandtrafikar while “Susah” feels like a blend of Sandtrafikar and Re-Mixs 1 & 2, all albums by Muslimgauze. One also notes other similarities like the dedication (almost all Muslimgauze albums have a dedication) which in this case is “Dedicated to all refugees in this world”. The album and track titles further reference the Muslim world and attendant political conflicts. Even the artist identity is kept a mystery, with no photos, not even a real name, which at least Muslimgauze releases had. But to interpret these tracks as mere Muslimgauze knock-offs misses the point because they are thoughtful, well-done, and on the balance of the release, BedouinDrone stands out on his own. “Marawi” opens with a kind of Steely Dan style intro, then goes into what could be a field recording of an arcade as a disquieting drone build up a la Twin Peaks’ sound designer, Dean Hurley, broods over the piece like a dark cloud. “Birak” too has that Hurley feel to it, but “Raysayil” is its own kind of gem, a dark beloved cloud with Arabic phrasings. There are also remixes of “Faqat” and “Birak”, which are bit on the experimental drone side, but sound excellent, dark and moody. BeduinDrones might be mixing Islam with Muslim cultures, such as calls to prayer with musical instruments, or Islamic elements like calls to prayer and Quran recitations, which are also separate things. The Border is a pleasant nod to Muslimgauze, but also a proclamation of a distinct talent willing to acknowledge an influence but not be overwhelmed by it and most importantly, willing and able to forge out into his (or her own) distinct sound.